In a recent post, we mentioned that North Carolina counties are required to revalue all real property at least every eight years, although some do it more frequently, generally on a 4 year cycle. We also mentioned the twenty or so counties that are scheduled to revalue in 2017. 2017 looks to be a busy revaluation year in the Triad as several counties in the Triad are scheduled for a revaluation. We previously mentioned details regarding the revaluation in Forsyth, Guilford, and Alamance counties.

Yadkin County is also revaluing in 2017, having most recently revalued in 2009. So, Yadkin, like Alamance, went the full eight year cycle. The first step in the process will be the mailing of revaluation notices to each property owner advising them of the proposed value of their property as of 01/01/2017. In speaking with the tax office, they guesstimate that the Yadkin County valuation notices will go out in late January or early February.

If you own real estate in Yadkin County, be on the look out for the valuation notice next year, make sure you know the filing deadline, and always file your appeal early, if you want to contest the valuation proposed by the county. If we can be of assistance with questions, please call. 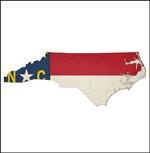