When Is It Time To Call an Attorney With Your Property Tax Appeal?

In North Carolina, you generally cannot go to court unless you are represented by an attorney. There are exceptions to this rule. First among these exceptions is that generally people have the right to represent themselves in court. However, a legal entity such as a corporation, limited liability company, etc. [which I will refer to herein generically as a "company"] is a  separate entity for these purposes and obviously cannot represent itself because it can only take action through a human being [e.g., officer, manager, etc.]. So, a company must have an attorney to represent it in court.

So how does this apply in the context of a property tax appeal? Remember that the property tax appeal process in North Carolina is a two-step process:  first, a local appeal to the county Board of Equalization and Review [BER] and, second, an appeal to the Property Tax Commission [PTC]. A hearing before the BER is considered a "quasi-judicial" proceeding, i.e., a mix of a court proceeding and something else. A hearing before the PTC is, on the other hand, considered a court proceeding.

With respect to property owned by a company, the PTC until recently required a company to be represented by a licensed attorney in any appeal before the PTC. This position was based on proposition that the PTC hearing was a court proceeding and that, therefore, the representation of anyone before the PTC constituted the practice of law, which could only be done by a licensed attorney. Several years ago, however, in an effort to make appeals to the PTC more accessible, the legislature changed the law to allow certain authorized representatives [officers, managers, certain employees, certain owners] to represent their companies before the PTC. Other representatives [accountants, tax consultants, etc.] are, however, still prohibited.

For the same reasons that apply to individually owned properties, we do not recommend that companies represent themselves in hearings before the PTC. Hearings before the PTC are governed by rules that are often challenging for the non-attorney to navigate successfully. 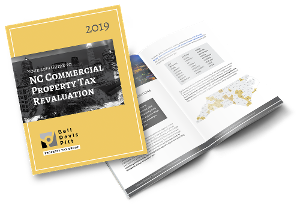